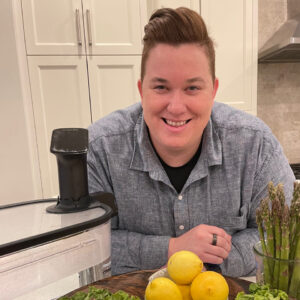 Phil is a passionate foodie, sparkling beverage enthusiast, and sous vide nerd. He grew up in central Illinois on a farm, and after college moved to the west suburbs of Chicago, where he currently resides. Having completed his first Whole30 in June 2017, he instantly fell in love with the program after some intense grocery store sessions. In September 2018, he completed his third Whole30 round while implementing self-care practices and mindful movement. This powerful trifecta has been transformational for his mental and physical health.

In his free time, he enjoys telling terrible jokes, spending time with his two trusty dog companions, and (trying to) cleaning out the Netflix queue.